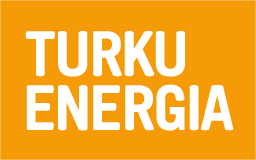 The results and profitability of the Turku Energia Group improved, investments in renewable energy continued

Turku Energia Group's turnover and operating profit increased in comparison to the previous year. Electricity consumption in Turku increased by 6.6 per cent compared to the previous year. The cold winter months also increased the demand for district heating. The company will continue to invest in renewable energy. The continuity of electricity and heat supply as well as customer satisfaction remained at a very good level. 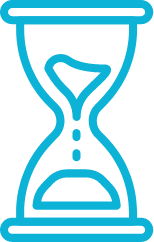 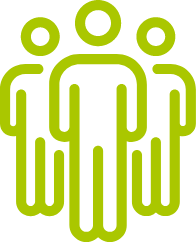 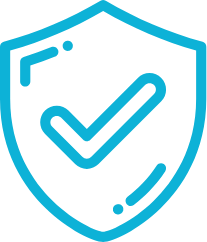 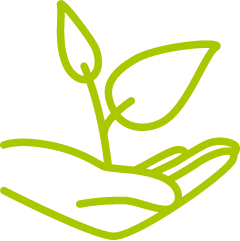 of the district heating produced with renewable energy 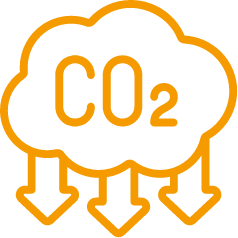 The turnover of the Turku Energia Group was EUR 333.2 million and it grew 31.7 per cent from the previous year (2020: EUR 253.0 million). The Group operating profit increased to EUR 22.4 million (2020: EUR 21.7 million). The Group invested EUR 23.0 million (EUR 16.0 million), mainly in the transfer capacity of the networks and in improving and maintaining the security of supply with respect to the electricity and heat networks.

In a survey conducted by ESPI Rating, Turku Energia's consumer customers of electricity sales ranked above average in all measured areas, and ranked first in the overall assessment. In the nationwide customer satisfaction survey for district heating, Turku Energia reached second place. Turku Energia was number one in the index measuring sustainable development. The security of both electricity and heat supply was at an excellent level in 2021.

The environment and climate programme of Turku Energia covers the years 2021–2023. The programme must be updated annually. It is built on four objectives: carbon-neutral Turku and decelerating the rate of climate change, smart energy solutions, a sustainable energy future, and responsible stakeholder activities. 42 measures have been defined to achieve the goals, 36 of which were implemented in 2021. Further information about the environmental programme can be found here.

Due to the Corona situation, office work was mainly carried out remotely. No serious Corona transmission chains spread in the Turku Energia work community. Preparations were also made for multi-location work and the completion of the new premises in Itäharju, Turku.

Electricity transmission to customers in the company's home area amounted to 1573 GWh (2020: 1476 GWh) and to other system operators 513 GWh (2020: 475 GWh). Compared with the previous year, the transmission volume increased significantly, explained by the colder winter months as well as the rapid recovery of the regional economy after the Corona crisis.

The quality of electricity distribution remained at a good level, and the power outages were short on average. The calculated interruption per electricity transmission customer was 9 minutes and 59 seconds (2020: 11.5 minutes).

Grid company investments were concentrated on improving as well as maintaining the transmission capacity and security of supply of the electricity network. The investments totalled EUR 10.8 million (2020: EUR 8.6 million).

From 1 January 2021, Turku Energia Sähköverkot Oy lowered the electricity transmission prices for its customers. Depending on the user type and electricity consumption, the effect of the discount with taxes was, on average, 6 per cent. Transfer prices remained among the most inexpensive in the national comparison, despite the fact that several other distribution companies also reduced their prices. The price decrease was the result of a change in the Energy Authority's control model, which was exceptionally carried out during the middle of the monitoring period. 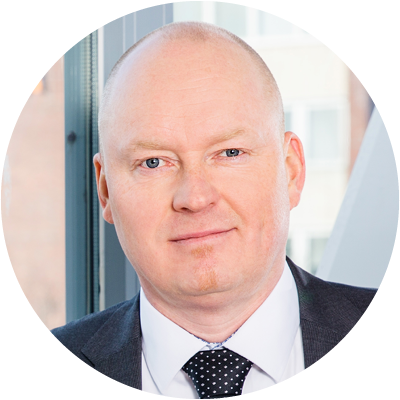 Sales of district heat amounted to 2,039 GWh (2020: 1,715 GWh), or 18 per cent more than in the previous year. The increase in consumption was due to colder months at the beginning and end of the year. The whole year was half a degree colder than the average. Most of the district heat was sourced from Turun Seudun Energiantuotanto Oy’s Naantali power stations, the Oriketo bioheat plant, and the Kakola heat pumps.

Heat produced with renewable energy such as wood-based biofuels, heat pump solutions, heat recovery and biogas accounted for 75 per cent of the district heating produced (2020: 80 per cent). This was also affected by the weather, as on cold days, the consumption peaks are levelled with the help of backup power plants that burn coal. The change in the market situation affected consumption in a similar manner.

The Turun Seudun Energiatuotanto Oy power plant in Naantali was readied to introduce solid recovery fuel (SRF). This is mainly unusable plastic, cardboard and wood waste from the trade and industrial sectors. When the equipment becomes fully operational, it is part of the solution to abandon the use of coal in basic energy production.

In 2021, district cooling was delivered more than had been budgeted, due to a very warm summer. Steam was supplied as planned. The security of supply to customers of Turku Energia’s heat and cooling remained at an extremely high level. It was possible to further reduce network losses. The efficiency of district heating production and distribution has improved considerably over the past few years. 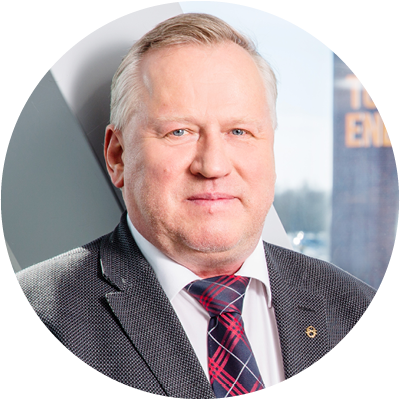 ”In the challenging situation, district heating produced a very good result, while its price development decreased. Significant improvement in the efficiency of heat production and distribution over the past few years is a major success. Since 2014, district heat losses in the Turku region have decreased by 40 per cent.”

Customers were interested in solar panels and charging electric cars

The number of our business and consumer customers continued to rise in 2021. The desire on the part of customers to invest in sustainable development, solar panels and car charging solutions returned after the Corona-related decline.

We built a solar power plant with 1,134 solar panels, delivered as a service, at the Salo IoT Campus at the end of the year. It has an estimated production volume of 374 MWh per year. This amount corresponds to the annual electricity demand of approximately 180 residential flats and reduces carbon dioxide emissions by approximately 50 tonnes per year.

In the spring, we successfully introduced a new customer information system. During the year, we also prepared for the introduction of Datahub, which will take place in February 2022.

At the beginning of the year, we launched the fourth generation heat distribution centre service for district heating. It provides businesses and housing companies with a new perspective to heating a property, and makes it possible to improve its energy efficiency. The service enables businesses and housing companies to easily upgrade their old district heating system to the future system, respecting green values. The service makes it possible to renew the heat distribution centre as a leasing service without major investments. It also enables the easy utilisation of new energy saving solutions.

The fourth generation heat distribution centre service makes it possible to improve the energy efficiency of businesses and housing companies.

We provided services for electricity networks and designed lighting for streets, roads and special destinations

Network technology plays a key role in maintaining the security of supply of Turku Energia Sähköverkot Oy. We implemented most of the construction and maintenance services needed by the company. In electrical and lighting design, we focused on lighting solutions for special destinations, and on examining and designing charging options for electric cars. The demand for electric car charging points was high, especially among housing companies.

A special destination worth mentioning is the lighting of the façade artwork in the former Hartwall brewery building, Piispantorni, designed by Design Manager Antti Viertamo in co-operation with visual artist Mauri Kosonen. The artwork Big Blue, that represents a blue whale, is printed on glass and its lighting shimmers like the surface of water. 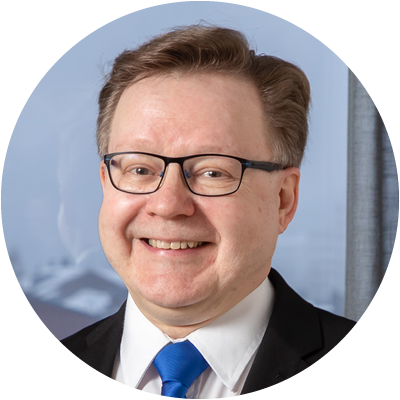 ”In 2021, we expanded our operations to cover the electrical maintenance of heat centres. For this purpose, we familiarised employees who had previously worked in traffic light maintenance. Those tasks were transferred away from us. It was an internal success to find new work for the employees and, at the same time, new business for us.”

The availability of networks and the generation plants remained at a good level.

The Tuotantopalvelut (Production services) unit produces operating and maintenance services to Turun Seudun Energiantuotanto Oy and, within the Group, to the Lämpö (Heat) unit. The availability of networks and generation plants was at a good level, and in the case of district heat transfer losses, we achieved a historically low level despite the challenges posed by the pandemic.

We achieved the set operational results comprehensively and produced added value for our customers as the jointly agreed goals were met. We supported the transition towards carbon neutrality through projects related to recycled fuels and heat pump technology, which will further reduce the carbon footprint of production in the Turku economic area. 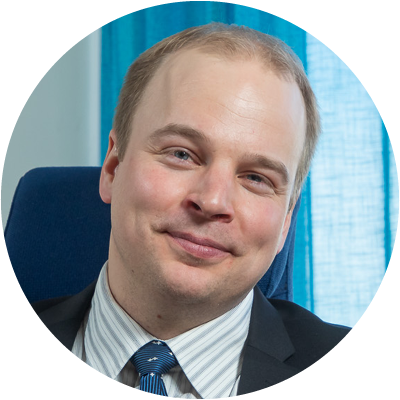 ”We supported the transition towards carbon neutrality of Turku Energia&#39;s Lämpö unit and Turun Seudun Energiantuotanto Oy through development projects related to, for example, recycled fuels and heat pump technology. In the future, these will further reduce the carbon footprint of production in the Turku economic area.”